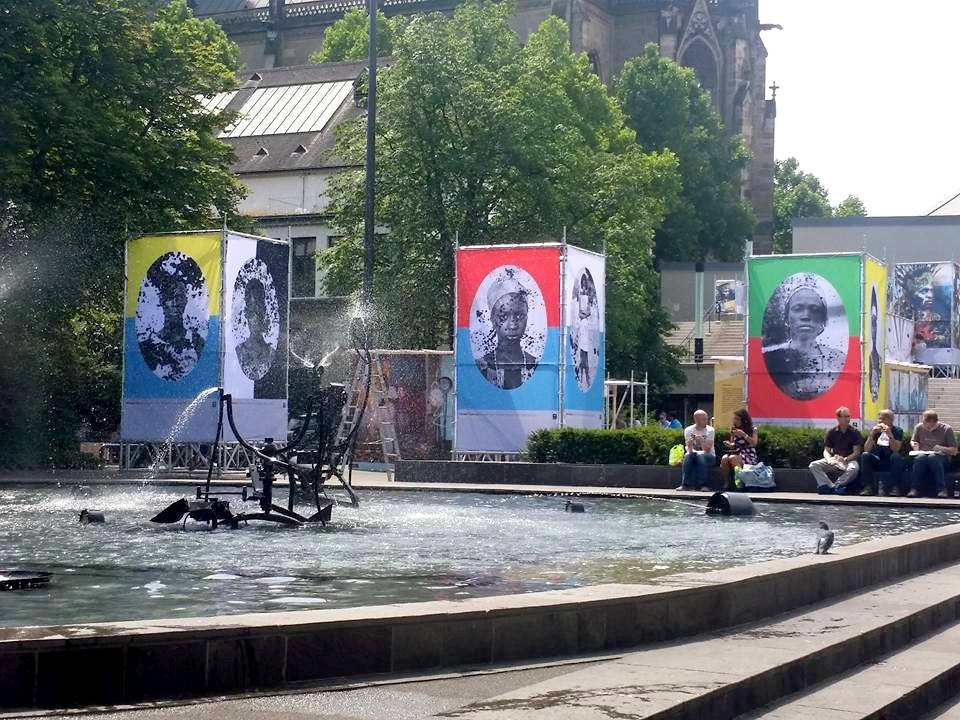 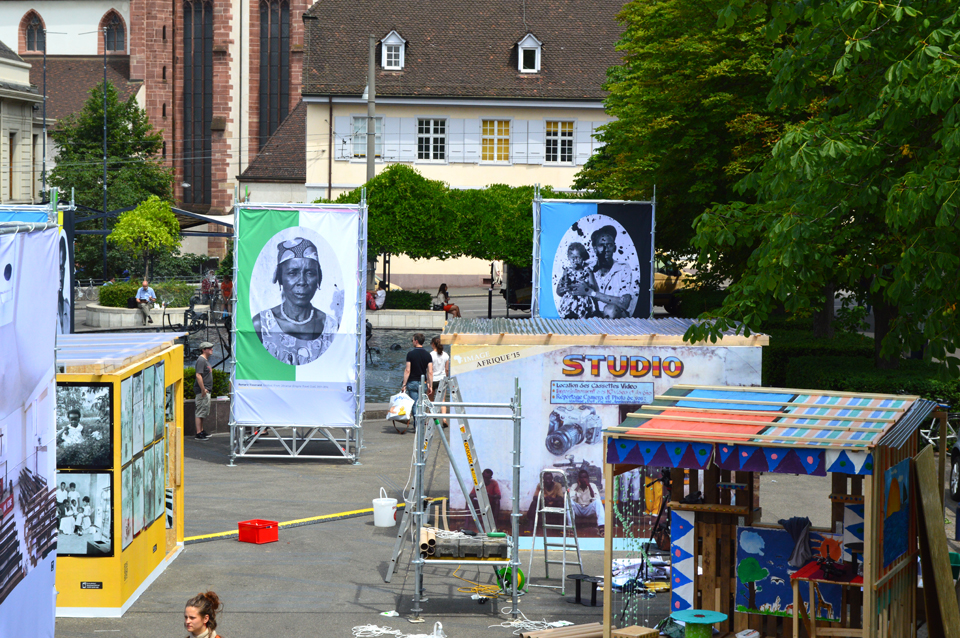 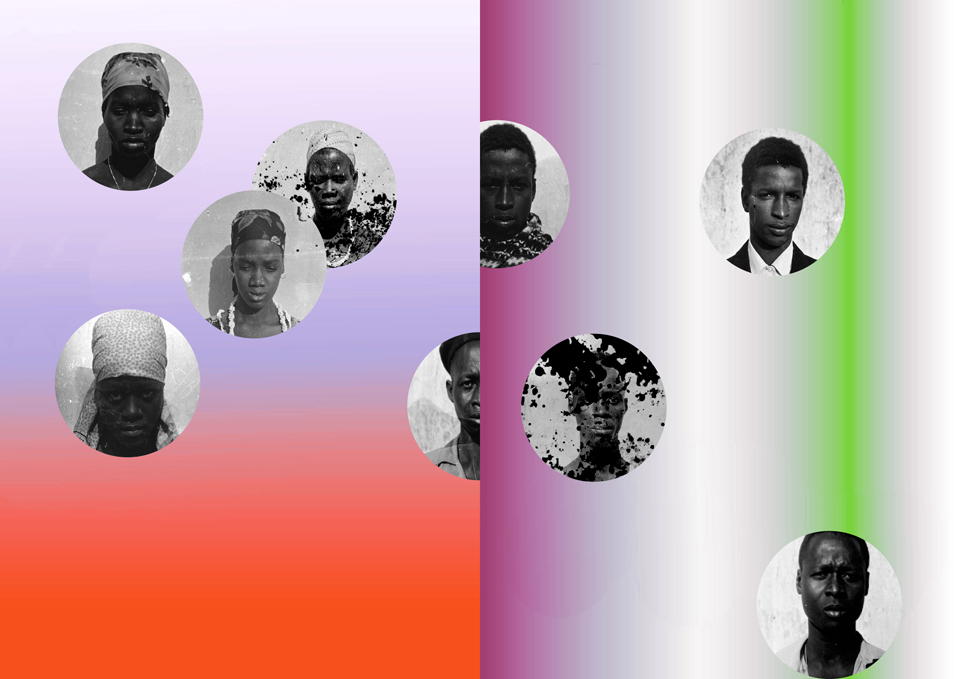 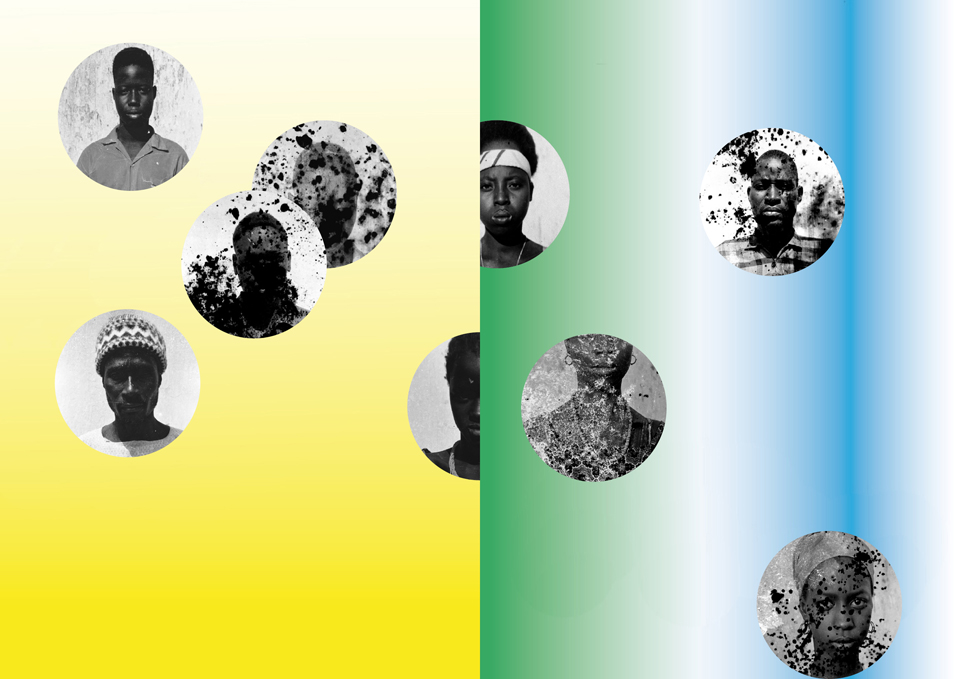 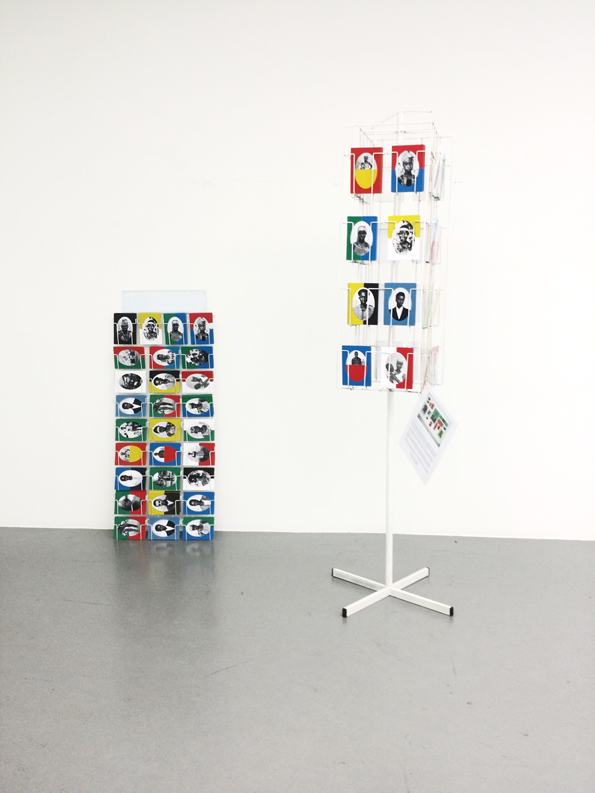 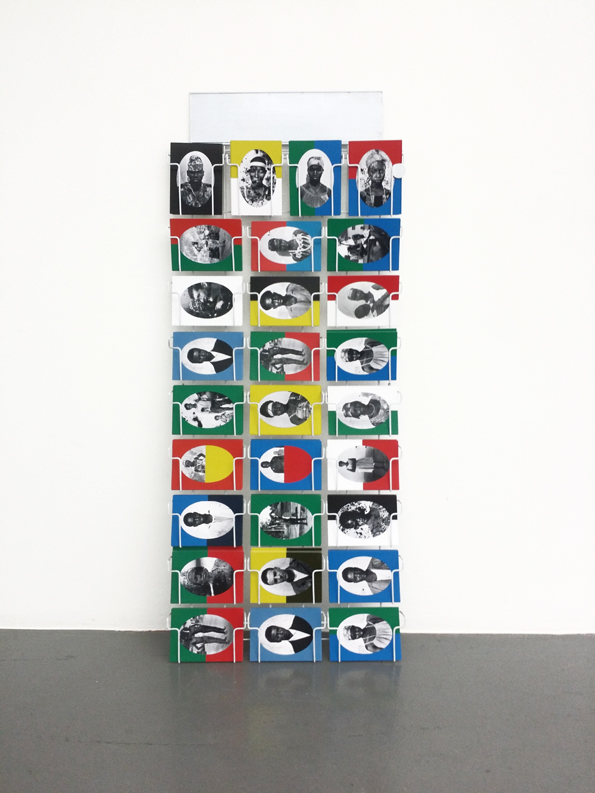 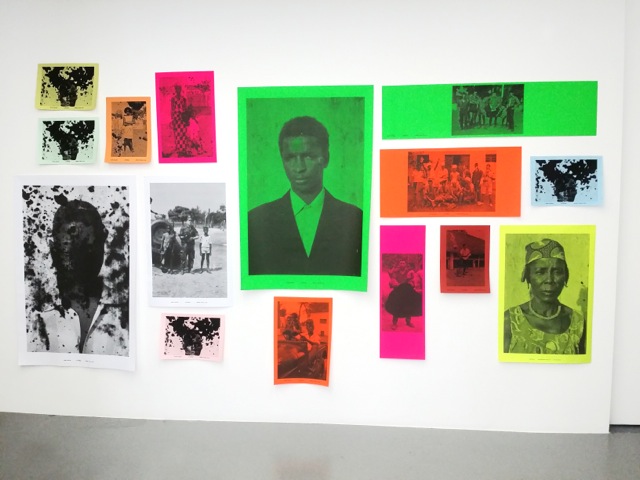 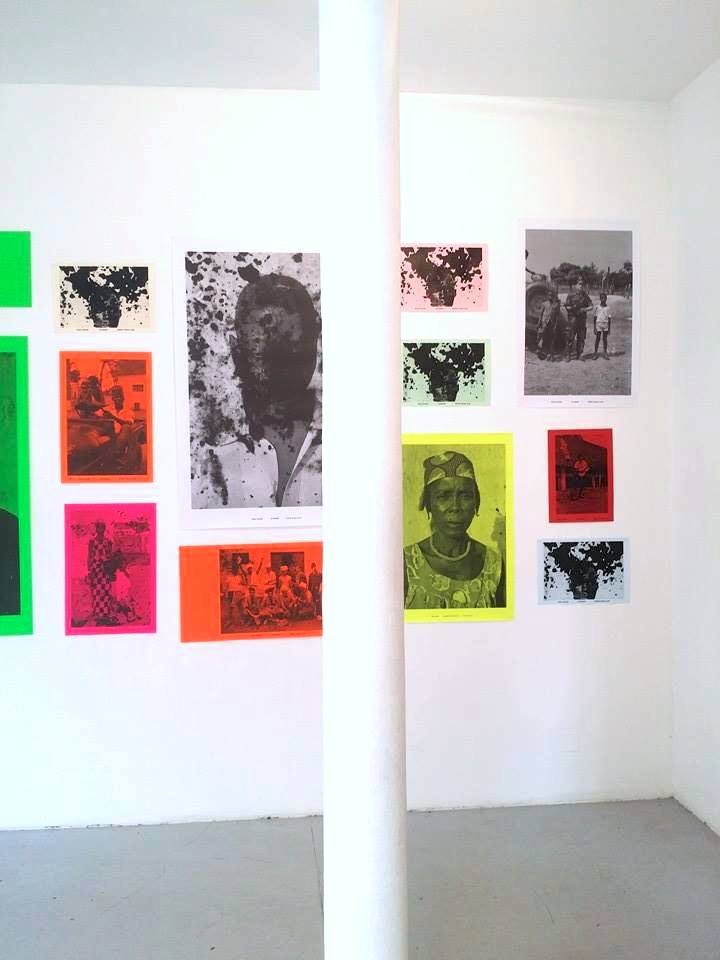 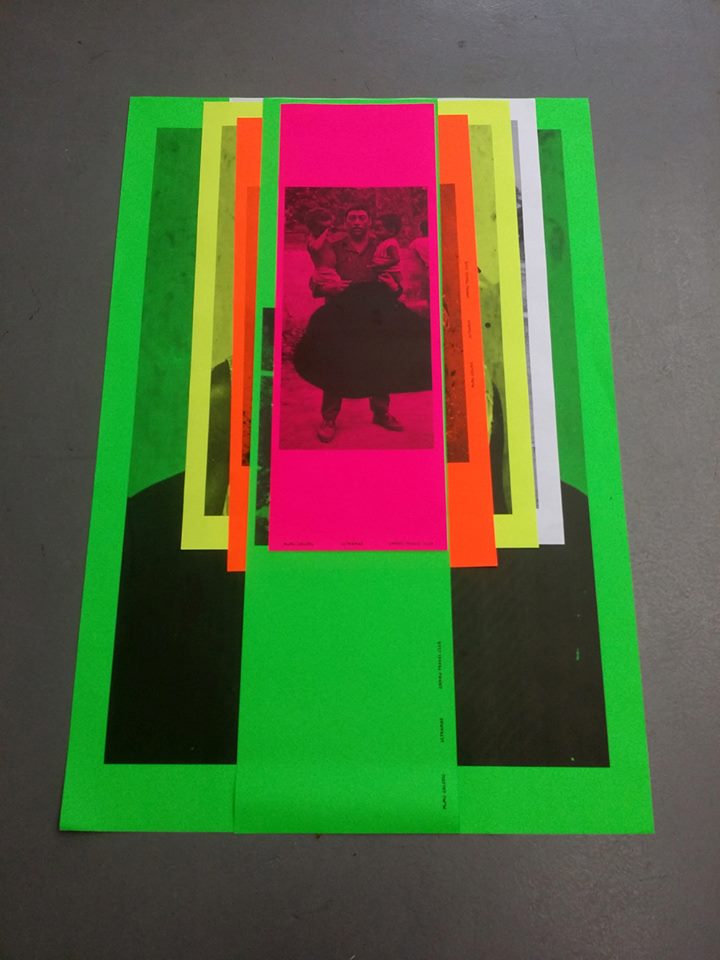 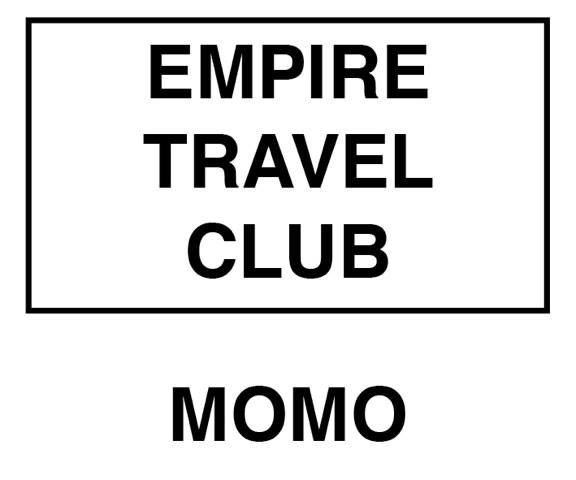 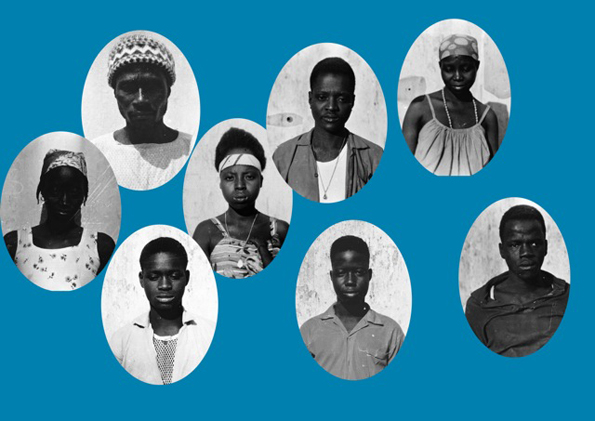 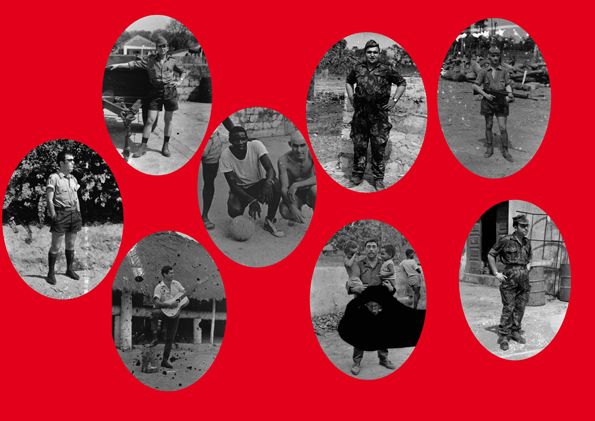 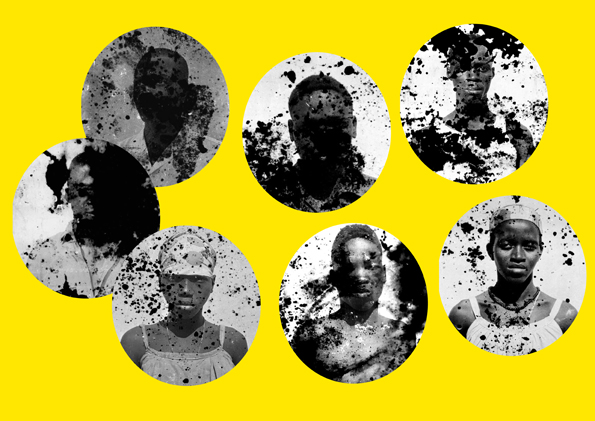 ULTRAMAR (Empire Travel Club) is a conceptual artwork based on a found
African photographic archive.An augmented archive of 166 portraits issued from six black and white silver gelatin rolls negatives found in the ground between pavements, revealing african’s portraits during the decolonization process of the territories of Angola, Mozambique or Guinea-Bissau by a portuguese soldier. This photographic system transforms the archive into a data portraits that
explores typology of beauty and identity, reframe history, documenting and organizing a complex diversity of signs as an intimate understanding of one of the modern history of the African continent.Displayed as XIXth century’s paintings, the portraits are playing a combinatory code with the colors of the portuguese flag and the new colors from the new countries issued from the liberation movements.This series is questionning the status of an photography in the liquid
image era and the absence of images from war. Those negatives are evidences
that mechanically and chemically something happened.
Without image there is no event.
Without events there is no history.
No history to remember
No common future to share.
It also makes questions urgent as the necessity that obliged a person to hid these negatives from the collective memory. Not to destroy them but to dig in deep in the ground without any protection leaving water, dust and mud dissolve them.This Collection of portraits is organized as a data center of
African portraits and displayed in very large individual prints (152 x 105 cm) and five ensemble of 15 portraits in 50×70 cm each.
ULTRAMAR (Empire Travel Club) is also an experimenting field of research and exhibition displays. After showing for its first time in Paris as a fictive travel agency from an Empire in the past that doesn’t exist anymore, it has been shown in Basel in very king size format dealing with public space and audience.The negatives have been found in Lisbon in 2001 and first exhibited in 2014. As no context has been fixed from those negatives, this artwork is also the field of photographic researches about African photography and war photography.Without an image, there is no eventWithout an event, there is no more historyWithout history, there is no more future.

Romaric Tisserand (Born.1974) Lives in Paris. Romaric Tisserand, is an independent curator and an art producer/editor. His work is focused on new perspectives and new practices in photography and contemporary art, developing online exhibition project “AAnonymes, the search of the deliberated accident” (2005-2009) and new media supports. He has supported and coordinated a series of non-western and emerging photography exhibitions, as well established artists : from the Lise Sarfati’s in Roma at the Villa Medicis (2009) to the Samuel Fosso’s monography at the Rencontres d’Arles (2008). He is also involved in artistic direction and production partnerships (PPT/Projets, Influent Culture) for artist’s projects. MBA graduate of history of contemporary art at the Paris Sorbonne University under the direction of Serge Lemoine. MBA graduate in International Business and BA in Comparative Law. www.AAnonymes.org www.pptprojets.com www.momogalerie.com www.influentculture.com
Voir tous les articles de Romaric Tisserand →
Ce contenu a été publié dans Non classé. Vous pouvez le mettre en favoris avec ce permalien.