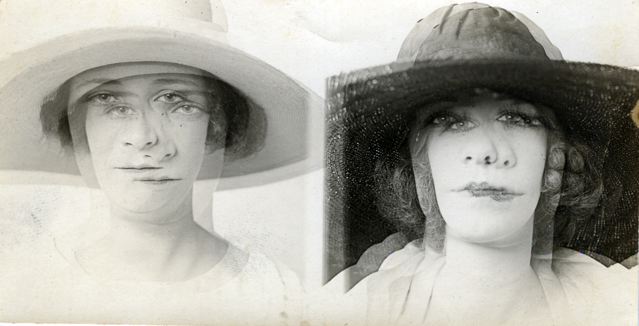 « Troubled Girls » © 2010 AAnonymes Project
In the search for anonymous images there is no beginning or end, nor rare images, only incandescent projections which subjugate and instantly become absolutely indispensable. AAnonymes.org is one of the many histories of contemporary photography.

AAnonymes.org shows “abandoned” photographs, antiquities of a reality that has ceased to exist in its original state, images which, like every photograph ever taken, have contributed to the creation of a photographically modified reality. The very images which Jean Baudrillard regarded as the prime instrument of the lack of reality, pictures of a contemporary world in which images are already pictures, in which everything has been fiction since Nicéphore Nièpce’s first heliograph.

When photography was officially born exactly 170 years ago, on 19 August 1839, the passage from the ancient to the modern world was consummated. AAnonymes.org is a tribute to this. 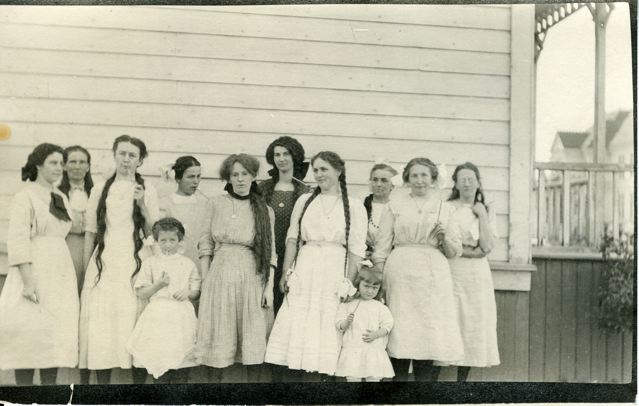 The Kodak Brownie was largely instrumental in photography’s democratisation and opened the way for modern photography, a photography catering for the masses, whose collective, immediate and simultaneous espousal transformed individual memories into objects that one can posses and the collective imagination into a veritable visual grammar.

One is struck today by the heritage (or debt) bequeathed, from the first Daguerreotypes and William Henry Fox Talbot’s calotypes to the anonymous pictures taken in the early 20th century and modern and contemporary photography. An exquisite corpse in which scratchings, asperities, superimpositions and montages constructed an unbridled imagination in which today’s imagery was already in gestation in the pictures of the past.

AAnonymes does not seek to tell a story of photography but rather propose any number of stories, to open itself up to an experimental reading free of historic pretention, to the meaning in which all these approaches would coexist. 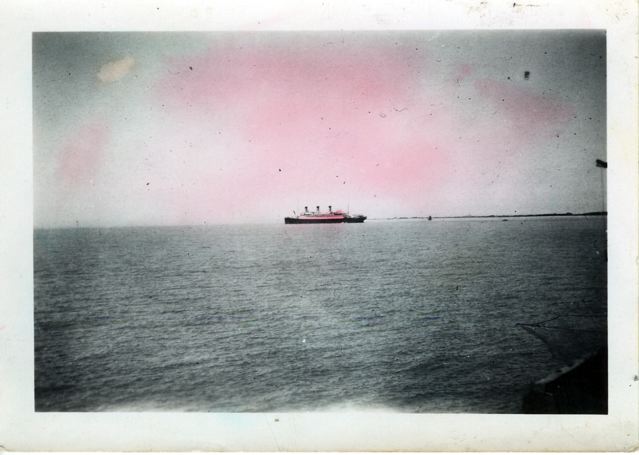 For a long time these authorless photographs, images of unclaimed paternity left to the anarchy of personal or commercial mythology, often altered, torn or annotated, have been denied the constitutive qualities of authenticity, legibility and precision.

What has always struck me about the portraits is the modernity of some of the faces. In the landscapes it is their universal silence, and in the still lifes their absence of effect and delicate visual sparseness. Faces, landscapes transfixed by life.

“You press the button, we do the rest”
Kodak

The product of permanent choices involving accidents and formal rapprochements, this proposition is as valid as all other possible propositions since it potentially contains all of them. Images are signs, each anonymous image is a visual citation, a unique and complete knowledge of the world. 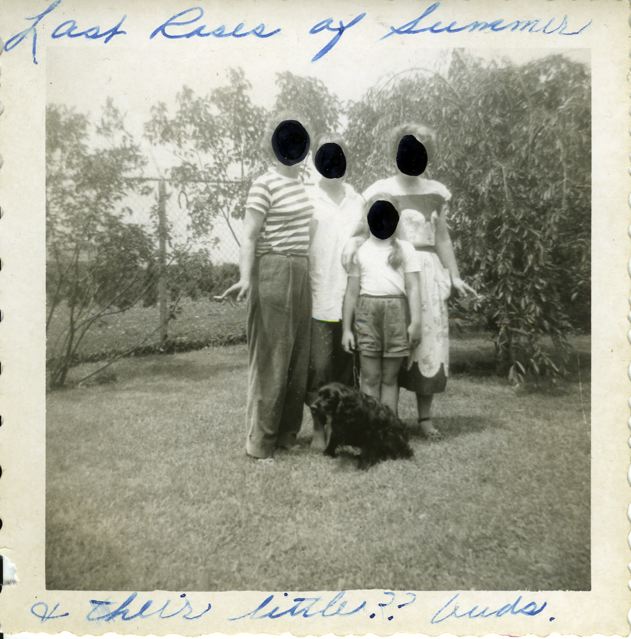 What attitude should we have towards these images that have been annotated, stamped “anonymous”, “unretouched, “annulatto” or even “refused”? Has this deprived them of their very essence as photography?

I like to keep in mind Marcel Duchamp’s singular and modern idea that it is the viewer who makes the work as much as the artist. Some photographs show us things, these ones make us think.

“The media have replaced the ancient world”
Marshall McLuhan

Here it is above all the photographic object that is omnipresent before the image. Albumen papers, ferrotypes, cyanotypes, gelatino-bromide prints, all have their roots in the social finality assigned to them – family portrait, documentation, advertisement, archive, self-portrait, souvenir snap – and their escheat came with the loss of this use and the individual and collective memory to which they were attached. All these images found themselves without a master and thus lost the privilege of being looked at.

A host of anonymous images built up around a charming Utopia, one full of potentiality and the permanent anxiety that the discovery of a new image would upturn this precarious equilibrium. A collection is a construction of knowledge, in competition with no other. It is the portrait of the person who assembles it, of someone who recognises where others have been blind. 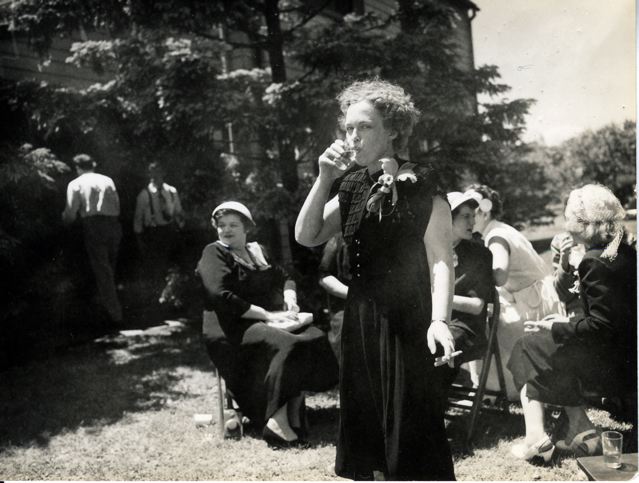 Despite belonging irremediably to the past, these photographic objects seem to be no longer located in that history and produce the strange sensation that we all share this same humanity. Although the present-day replacement of an image by a simple binary signal renders these afterimages of the past even more desirable, the idea of recovering this lost world unfortunately seems unreal.

Paradoxically, in this digital era of continuous production of shared imagery, which we consume and sometimes delete even before seeing, the abundance of anonymous photographs instils in us the idea of an omnipresent, primitive humanity whilst definitively sealing its demise.

This new optical reality has radically overhauled the concept of beauty that has been the norm since antiquity. The anonymous photographer thus becomes the implacable tourist of the real, of a reality in which each and every image becomes a projectile.

The beautiful is always surprising, wrote Rimbaud. Welcome to a world in which it will always be ten past ten, a world whose protagonists all seem to be acting out the same scenario of the pose, of dressing up, of mise en scène, in which impossible realities become convulsive beauties charged with unexpected artistic potentialities. 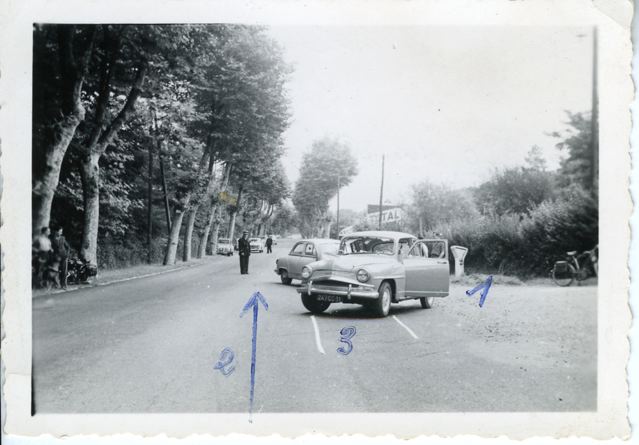 Jean-Luc Godard said that what interested him in Pierrot le Fou was the space between people, the paths they take, and that the “tragic” is that once we know where they are going, who they are, everything is still just as mysterious and life is that forever unresolved mystery.

“I am at war with the obvious”
William Eggleston

In this little inventory à la Prévert, it is not just a question of considering the formal evolution of the landscape, portrait or still life in the work of Eugène Atget, August Sander, Diane Arbus, William Eggleston and Wolfgang Tillmans.

What is curious here is the realisation that within this heterogeneity and constant profusion of imagery the concept of photographic unity has never been as strong, that the question of photography as an artistic medium and the status of the photographer as author were considered long before artists such as Gerhard Richter, Bernard and Hilla Becher, Francis Alÿs and Christian Boltanski. 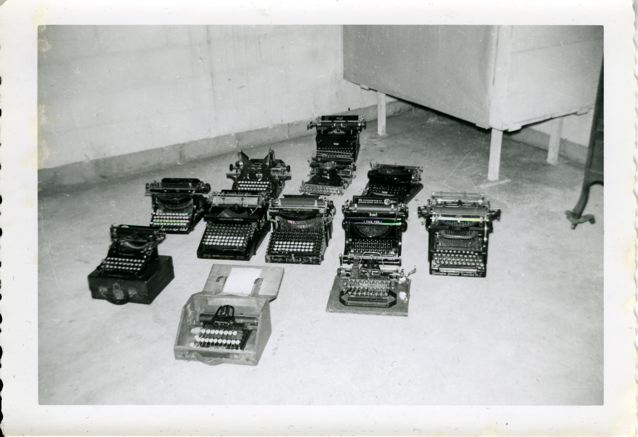 In the end, could the history of photography be that immense “work in progress”, the creation of an acceptable world, of that illusion of continuity that man has of himself, or the transformation of this “hidden” reality into a continuum of images in the grand enterprise of recycling reality?